As the National Minority Business Council Inc. (NMBC) celebrates 50 years of advocacy and facilitating opportunities for Black-owned businesses and Washington assesses the fallout from what has been described as its “low-wattage” 2022 Summit of the Americas, it’s a fitting time for NMBC to reflect on its relationship with the Caribbean.

The Summit was held June 6-10, during Caribbean-American Heritage Month, which makes NMBC’s reflection timely as well.

With at least three of its founders of Caribbean origin, the region has long been of interest to NMBC.

For more than three decades the organization has engaged regional political and business sectors through investment conferences, trade missions, and Caribbean Business Exchanges in partnership with U.S. local and federal agencies, such as New York’s Empire State Development, the U.S. Department of Commerce, Export Import Bank, and Trade Development Agency. A current project involves the development of downtown Kingston, Jamaica, in which it has collaborated with a local cultural foundation for the past eight years.

Brazen from the start

As a membership business organization, NMBC’s focus has been and continues to be the development and growth mainly of small businesses as a means of creating jobs, wealth, and social and economic stability.

As a co-founder of the newly created NMBC, I found myself in conflict with one of the leading organizations of the time headed by a member of the Rockefeller family. Whether or not it was an attempt to quell the NMBC’s noise over the thorny issues minority businesses faced, that organization invited me to join its Board of Directors. I made my position clear in response: If the intent of the invitation was to quiet me, it would be futile because “the spirit of Marcus Garvey rests in this body.”

I did not serve on the Board.

From the sugar industry of the past to tourism and tech-driven industries of today, the Caribbean has been at the global business table.

Despite socio-economic problems of crime, violence and inequity that have plagued the region, business generally has been profitable. The Banker Database, a Financial Times service covering leading banks in more than 190 countries, shows the Caribbean with a 15 percent Return on Capital in 2021, ahead of Europe’s 3 percent, Asia Pacific’s 9 percent, and Africa’s 11 percent.

On the human capital barometer, the region today boasts a female political leader with a defiant voice calling attention to the inequitable treatment of small island- and developing nations in an “old imperial order” as they grapple with the fallout from economically wrenching crises not of their making.

It also boasts a young female billionaire entrepreneur in entertainment and fashion.

As she has done repeatedly at gatherings of the world’s wealthiest and most powerful nations, this time liberally quoting the region’s music icon Bob Marley, at the Ninth Summit of the Americas in June Barbados Prime Minister Mia Mottley admonished wealthy nations to address the “reality of exclusion” in their “old imperial order” and signaled opportunities in energy security, food security, education, health care, and trade in a reformed “international financial institutions architecture.”

In a surprise to many, U.S. Secretary of State Antony Blinken met Mrs. Mottley’s demand for “action that our people need, not want” with words from Marley’s Redemption Song, stating, “No woman, no cry.” We can only hope the Secretary meant it is redemption time and there will be appropriate action.

When NMBC hosted annual investment and trade missions to the Caribbean during the 1980s and 1990s, often heard from Caribbean government and private sector leaders was the lament, “If America sneezes, we catch cold,” as they scrambled to take advantage of U.S. prescriptions for the region at the time, such as the Caribbean Basin Initiative, and the investment program under Section 936 of the Internal Revenue Code.

That tone has changed as a more assertive, independent-minded Caribbean aggressively seeks development and business partnerships founded on mutual respect and equity.

Indeed, events such as the financial crisis of 2007-2008, shifts in geo-political influence, climate change, and the COVID-19 pandemic have significantly changed the way governments, businesses, and business organizations approach challenges and opportunities at home and abroad, including effective management of natural resources.

Responding to today’s pressures of climate change, energy and food security, and health care potentially means unique opportunities in the Caribbean’s under-tapped resources and emerging industry sectors for the region’s and U.S. small and medium-size businesses.

Guyana’s recent entry into the treacherous petrochemical waters is an opportunity for the Caribbean to demonstrate a different kind of leadership that could make Guyana a 21st Century example of responsible oil development and management. NMBC is monitoring potential opportunities for its members in that country’s nascent oil and gas industry.

NMBC also will be vigilant for business opportunities in regional exploration of the seabed as a potential resource for critical materials for such giant industries as aerospace, defense, auto, energy and technology, while ensuring that equity and environmental responsibility as prescribed by the Jamaica-based International Seabed Authority are not ignored.

Seabed harvesting is an ecologically sound method for meeting the growing global demand for precious metals and supporting economic growth. NMBC already is pressing the U.S. Department of Defense to increase the number of small and minority businesses supplying critical and strategic materials to the U.S. industrial base.

While these efforts currently focus on Africa’s proven resources of such materials, NMBC is prepared to collaborate with Caribbean government, business and academic leaders in promoting local seabed harvesting and related research ventures with a view toward creating supplier relationships with its members.

Such NMBC collaborations may also exist if ever the Caribbean undertakes to exploring the commercial potential of its other natural resources, such as the sulfur springs of Dominica, the salt ponds of Jamaica’s Yallahs Point, and region-wide aquaculture.

The market for commercial seaweed, for example, is forecasted to reach US$38 billion by 2028, growing at a compound annual rate of 10.8 percent. Farmed seaweed accounts for more than 97 percent of total seaweed production, most of which comes from China, Indonesia, South Korea, and other South Asian countries. Growing demand for healthy food additives such as emulsifiers, thickening agents and stabilizers is expected to drive the consumption of seaweed, particularly in the US.

NMBC Global, the NMBC’s point unit on international opportunities and relationships, recognizes the dire climate-, energy-, food security- and health-related needs, yet vast potential, of developing countries. Accordingly, it has made “the support of organic farming and environmental management for our greater Livity” its core commitment for this century, placing emphasis on the US, Caribbean and Africa.

As it has done for 50 years with award-winning strategies, the organization will continue to partner and collaborate with members, private sector and government representatives to initiate programs and projects that will contribute to the creation of jobs, wealth and social and economic stability in its three focus geographic areas.

Fritz-Earle Mc Lymont is a co-founder of the National Minority Business Council, Inc., and head of the NMBC Global unit. He also is the managing partner of Mc Lymont, Kunda & Co., an international trade and business development strategies firm. He can be reached at Fmclymont1@nmbc.org. 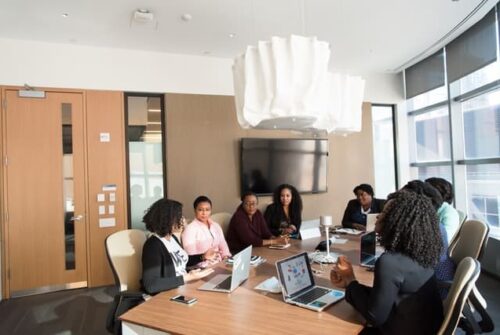 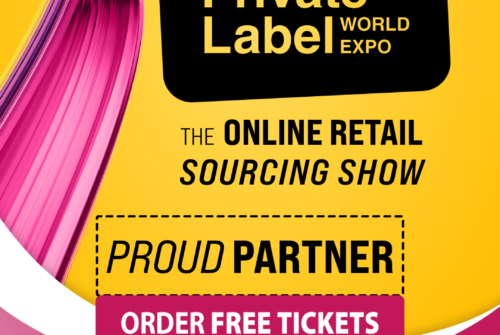 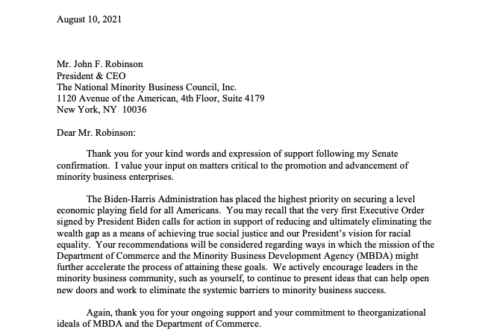 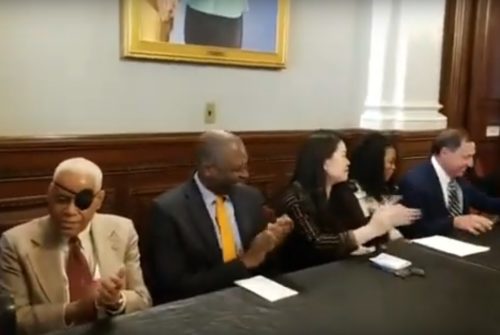